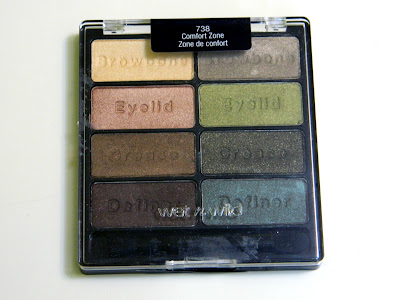 "Probably the best drugstore eyeshadows". That's what I've heard and read from a lot of people that have tried these. So I had to give it a chance. Especially that it's SO affordable!
So I got the "Comfort Zone" eyeshadow palette and I've played with these for a while and really wanted to do a deep review on them, because of one main reason - I can't say an OVERALL review on all of the eyeshadows in this palette, because they are all pretty different from each other. I mean in texture, finish, quality, etc.  So I will review almost each of the shadows and at the end, let you know what I think about this whole palette as one.
The palette is divided in two main "parts", in which you can see directions where to apply each shade for a complete look. The upper shade says "Browbone" and it's clearly the highlight shade, then you have the "Eyelid", which is the main color, "Crease" and finally, "Definer", which is supposed to go to the outer corner of the eye. Now, of course this is just a suggestion and you really don't have to use it as it says. You can also mix and match all the shades in the palette and create a whole new colorful look. But overall, I have to say the colors are arranged in a way that they really do suit the purpose they say they are for, and I would probably use them in the areas they're "tagged" for, even if it didn't say where to apply it. 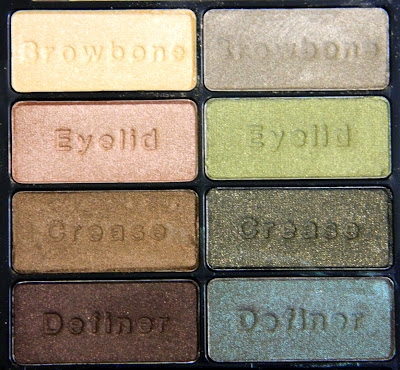 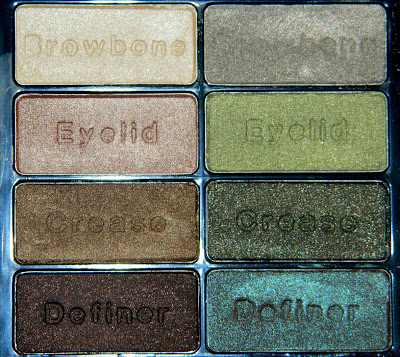 With camera flash light
I was surprised to see how different the textures of each shadow was. Let's begin from the Left side of the palette, which is the more neutral/warm/pink and brown tones.
The "Browbone" shade is a light shimmery champagne color and is probably the least pigmented shade out of all the palette. I had to use several coats to get the swatch. The texture is kind of frosted I would have to say.
The "Eyelid" shade is a coraly-bronze color, and it's very pigmented. I thought it reminded me of "Toasted", by Urban Decay. But when I swatched them one beside the other, I realized they're nothing alike. I mean, They ARE similar, but "Toasted" is more on the pink side, while this "Eyelid" shade is more on the coral-orange side. 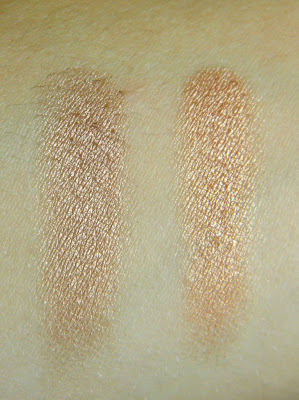 "Toasted" on the left, "Eyelid" on the right
The "Crease" shade is a pearly warm brown. It's more pigmented then the Browbone shade, but less then the Eyelid shade. This one can be a dupe to yet another shadow by Urban Decay called "Smog", except "Smog" is a little more pigmented. 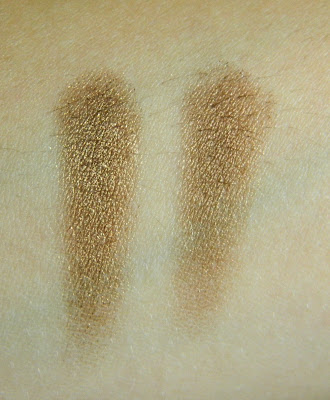 "Smog" on the left, "Crease" on the right
The "Definer" shade is a black with burgundy-berry shimmer. It is also very pigmented, as the Eyelid shade. 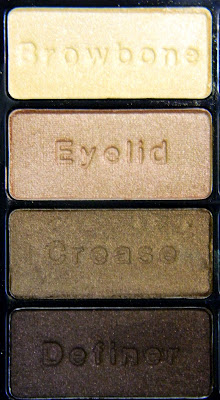 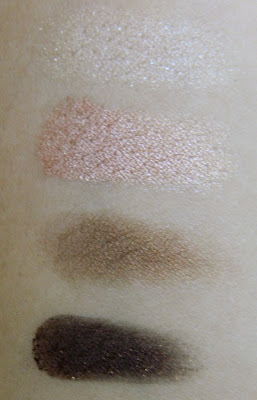 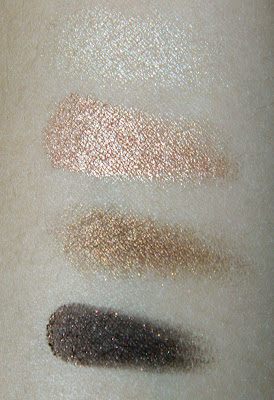 Under camera flash light
For the Right side of the palette, which has the green/cooler shades:
"Browbone" - Is kind of a frosted dirty gold color (less frosted then the other "Browbone" shade). And in the pigmentation scale it's about where the previous "Crease" shade is.
"Eyelid" - This is a golden green shade, with the same pigmentation as the previous shade.
"Crease" - A very dark brownish green, with gold shimmer, that most of it wears off ones you swatch it, and doesn't looks as shimmery as it is in the palette. Same "medium" pigmentation.
"Definer" - this is the most "interesting" shade that most people are interested in, in this palette. It's a brown and teal duo-chrome shade that changes under curtain lights. It has the same "Medium" pigmentation in comparison to the "Eyelid" and "definer" shades from the left side of the palette. However, I have found two possible dupes to it: "Club" eyeshadow by MAC, and "Crush" eyeshadow by Sigma, from the "Flare" palette. As I was swatching the colors on my arm, I've noticed that in some of them, more color stained on my finger, then on the arm, so I've took a picture of my fingers too, beside the arm: 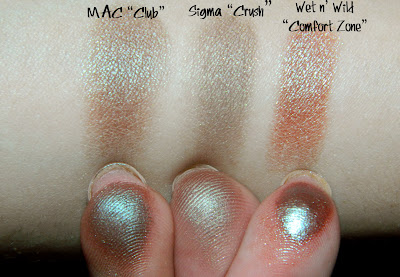 You can see the one is the softer, is the "Crush" eyeshadow by Sigma. It also has a more cool brown undertone to it. "Club" by MAC and the Wet n' Wild one, have a warmer brown undertone, and the teal tone is more noticeable in those. The Wet n' Wild one looks almost "nylonish" in compare to the other two, and you can see the pigmentation stays more one the finger rather than on the swatch that's on my arm. 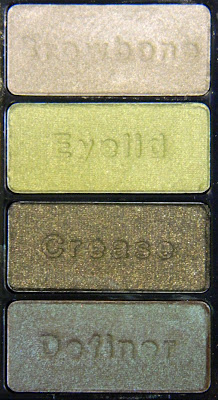 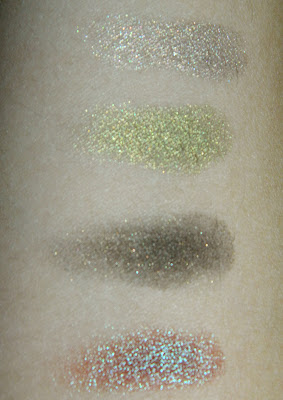 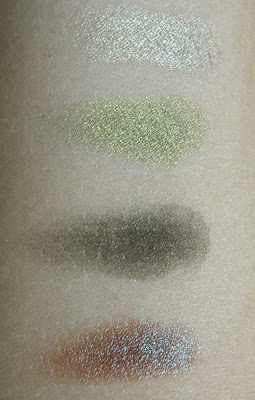 Under camera flash light
Overall, I really like this palette and I might even buy another one soon. The quality of the eyeshadows is very good! It's really as good as high end brands, and the fact that it's that cheap and you can get it for like 4$, means don't hesitate to try them! For this price, I think it's more then great! 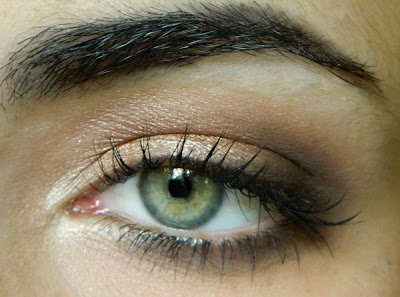 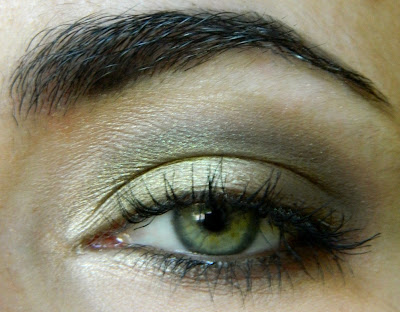 Makeup & Art Freak
My name is Tina K. I am a professional makeup artist based in Ontario, Canada. In this blog I will talk about anything that I like, such as makeup, fashion, crafts... life. Hope you'll enjoy! Don't hesitate to leave your comments and suggestions! They mean so much to me! :)

Get Dr. Murad and other makeup at SkinCareRx

More places to find me 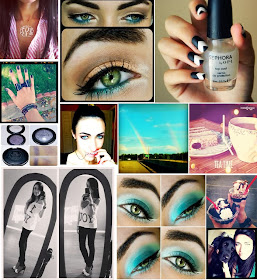 Translate the blog into your language!